Sala MUV will be hosting this Kloset event , a full of Techno night in one of the best sound system in Madrid with a powerfull line up:

Tensal is the name of the solo project that Héctor Sandoval (50% of Exium, Komatssu, Selección Natural) has created to give space to his more cyclical and modern vision of Techno. After a handful of works released on his own label, he has recorded for labels like Mord,             Modularz, Arcing Seas, Cabrera, Polegroup and Soma. His work has received unanimous support from the scene and Tensal tracks are a regular feature on the soundsystems of the best clubs all around the world.

In his DJ sets, Tensal explores all the facets of Techno by alternating different textures and intensities that are nourished mainly by his own material.

The known spanish artist that has releases in labels like Analytic Trail, IAMT, Renesanz or Dolma, to name few, and that has reached the charts of Beatport with most of his tracks getting in the top 180 most charted artists of the year 2022. His production skills take him to             another level and in constant evolution he arrives to his actual sound, pure Techno with some progressive, acid vibes and, why not, old school details.

Past 2018 he was considered by DJ Mag Spain as one of best national artists in the section “The Industry Talks”. In 2019, was also nominated to the best Techno DJ by Vicious Music Awards.

Few people have spent as many years as Olmos playing in one of the best clubs of Techno in Europe. He has been playing his music the Sundays of Barcelona at Moog for 15 years.

His sets are always different y never leave anyone indifferent. Musical psychology of a surrealistic artist. Admired and loved by all the artists that have known and shared dj booth with him; admired and loved too by all the people that enjoy his music from the dance floor.

Reitze is a strong and active DJ, she is resident of one of the most alternative clubs in Madrid, Skin Club, and plays at the Aback after party, that belongs to Stardust. She also collaborates with other national and international groups. 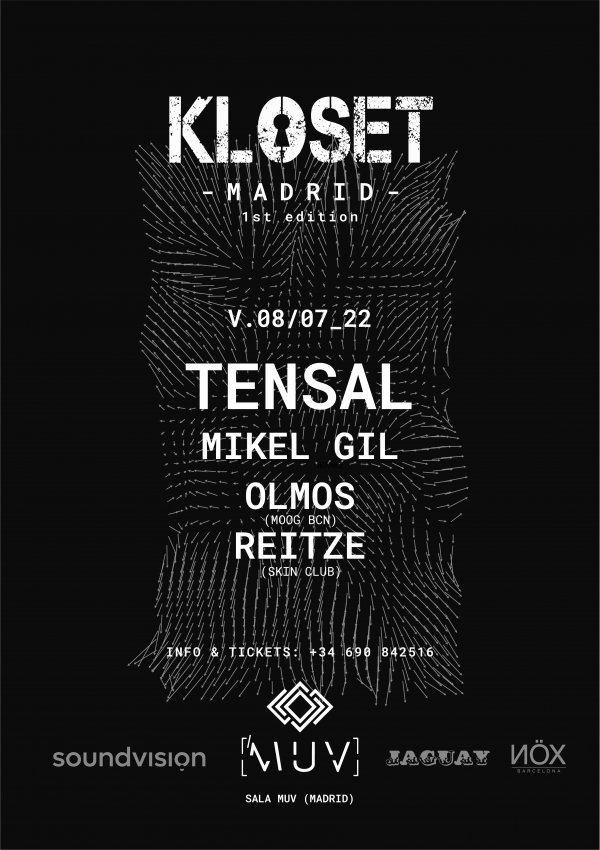